About Us - School Information

Who was F.W. Howay 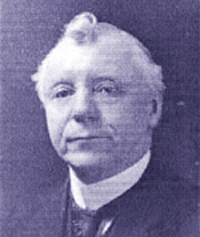 The most important collector of local literature in the first half of the 20th century, Frederic William Howay, also co-wrote a standard history of British Columbia that was widely used until the 1950s. Appropriately the first article in the first issue of the British Columbia Historical Quarterly in January of 1937 is by Howay, the primary authority on many facets of B.C. history during his era. He was a longtime supporter of the publication, providing articles such as The Origin of the Chinook Jargon (Vol. VI, No. 4, pages 225-250). He had earlier contributed to the Canadian Historical Review such articles as “Indian Attacks upon Maritime Fur Traders of the Northwest Coast, 1785-1805 (VI, December, 1925). Historian Chad Reimer has estimated in Writing British Columbia History, 1784-1958, that Howay published some 300 books, articles, addresses and reviews on Northwest Coast history.

F.W. Howay was born near London, Ontario November 25, 1867–the year of Confederation–and was brought to B.C. as a child, first to Clinton in 1870, and then to New Westminster in 1874, after his father had first come west in 1869. Familiar with the pioneering exploits of his father-in-law William Ladner as a boy, Frederic Howay (born as Howie) had a penchant for history from an early age. He attended school in New Westminster and wrote his Provincial Teachers’ examinations in Victoria in 1884. He taught school at Canoe Pass near Ladner in 1884, then taught at nearby Boundary Bay. During this period he enrolled in McGill University’s Associate of Arts Program but was unable to complete his studies due to lack of funds. A wealthy uncle intervened. With his lifelong friend Robie Reid and future B.C. premier Richard McBride, Howay was able to enter Dalhousie University to study law in 1887. “Its law program,” notes Chad Reimer, “was the British Empire’s first university-based common law school. Established in 1883 as a departure from the practitioner education then dominant, the program sought to establish law as an academic pursuit, focusing on library research and seminar discussions.” While in Halifax, Howay began writing articles on law, politics, temperance, and noteworthy British Columbians for periodicals in B.C. He graduated in 1890 along with Richard McBride and another future premier of British Columbia, W.J. Bowser.

Howay was admitted to the B.C. bar in 1891 and opened a joint legal practice with Reid in 1893. Also in 1891, he began a fifteen-year term as secretary of the New Westminster school board. Social service went hand-in-hand with his ardent belief in the value of popular history. He was the first president of the BC Historical Association, the B.C. representative on the Historic Sites and Monuments Board of Canada and a member of the Art, Historical and Scientific Association of Vancouver. He was also a longtime Freemason who hobnobbed with the upper class as a member of both the Terminal City Club in Vancouver and the Pacific Club in Victoria.

Howay was narrowly defeated in a 1906 election as a Liberal candidate and was appointed Judge of the County Court of New Westminster in 1907, possibly as his reward for having run against his friend, Premier Richard McBride. He would serve as a County Judge for thirty years until he retired in 1937.

In 1914, with E.O.S. Scholefield, Howay published a four-volume history, British Columbia from the Earliest Times to the Present, that effectively replaced H.H. Bancroft’s work as the standard history of the province. The work reflected Howay’s staunch affinities with the “builders” of British Columbia, such as coal baron Robert Dunsmuir, whom Howay praised as a “pioneer of pioneers.” As a judge, he could be severely intolerant of labour unrest but he was not without his progressive viewpoints. “Unlike the Edwardian historians,” writes Chad Reimer, “Howay acknowledged that Natives had been the first occupants of the region, and he pushed Scholefield to include a chapter on Native peoples at the beginning of Volume 1 of British Columbia because ‘they were here first.'” His views on Asiatic labourers (“little yellow men”) were, however, narrowly racist.

Howay was continuously active as an historian and community builder, serving as president of organizations such as the Historic Sites and Monuments Board and the Champlain Society. He received many honours as B.C.’s most active regional scholar, culminating in his election as president of the Royal Society of Canada in 1941. He was also a UBC Senator from 1915 to 1942, first chairman of the New Westminster Library and a recipient of the King’s Silver Jubilee Medal.

Howay’s second history of British Columbia, published in 1928, eclipsed his previous work and remained the standard source until the 1950s. He was a good friend and benefactor of William Kaye Lamb who inherited Howay’s mantle as the foremost archivist of British Columbia’s literary culture. He died in New Westminster on October 4, 1943. Notification of his election as a Fellow of the American Geographical Society was received after his death.

A bronze plaque in his memory was placed at the Clarkson Street entrance to the New Westminster Courthouse on November 26, 1943. His private collection of literature and papers was donated to UBC where it remains in UBC Special Collections, in conjunction with the valuable collection of Robie Reid. F.W. Howay was a giant of B.C. history and literature, but few today know his name.

Daily Health Check and COVID information from the BC Centre for Disease Control... more 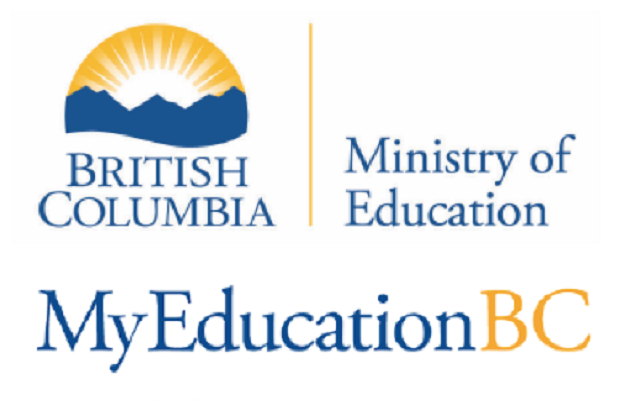 MyEdBC is a province-wide tool the District uses to deliver paperless access to report cards. more